We had a movie night.

We had a movie night at Jackson's the other day. Stan and Jackson picked Patrick and I up from ours and we went to get movies. Silence of the Lambs, Evolution, Gamer and some Asian shit Stan picked up ;)

Back at Jackson, Stan made stir-fry for the boys. Marlo, Megan and Julian turned up at some point. We all watched Silence of the Lambs and Gamer. Patrick threw a shirt at me, and in the proccess of throwing it back I knocked a glass of coke off the counter above me and it went all down my back. I was unimpressed. I blame Patrick entirely.


The three late comers were the first to leave, then Patrick, Stan, Jackson and I managed to waste away a few hours, until Jackson ordered everyone to sleep. Stan and Patrick, unimpressed by the idea, decided to leave, so Jackson and I finallyyyyyy got to go to bed.

The next day we slept almost completely through. We were up at... Four, maybe? We did nothing for a while then took Bowman the dog for a walk when it got dark. Jackson tried to make me run, but I informed him I don't run without a tennis racket or a hockey stick in hand. Silly boy.

What lovely, lazy days I've been having. Holidays are bliss.

A series of attractive Jackson expressions: 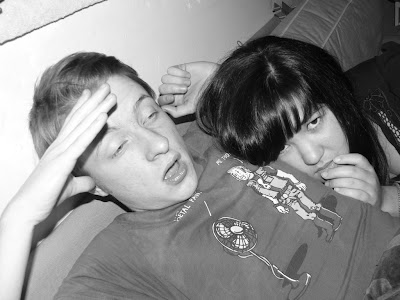 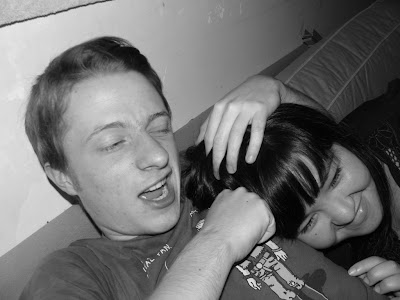 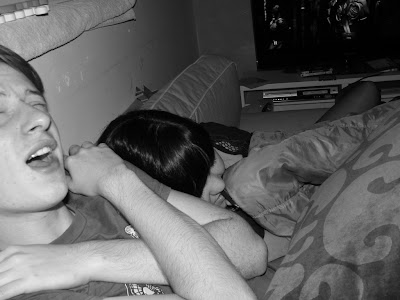 Disturbing on so many levels (Patrick - Stan looks virtually normal): 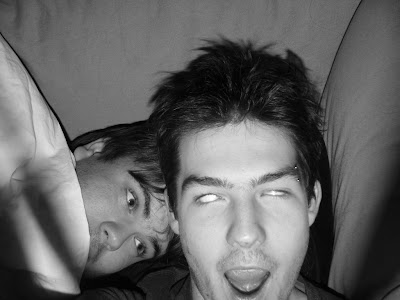 Aww, just like one big happy family (So many tangled limbs)!: 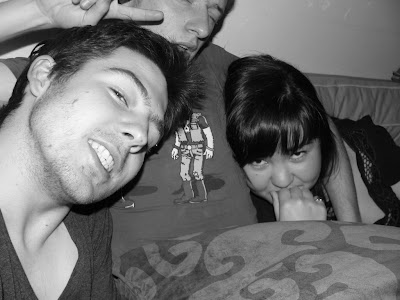 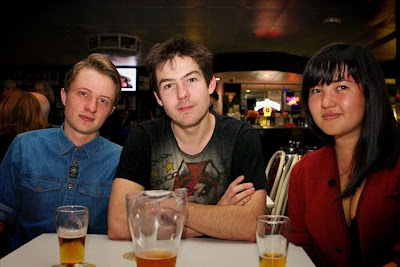 The next night, at a play about child abuse (we're such a bunch of socialites): 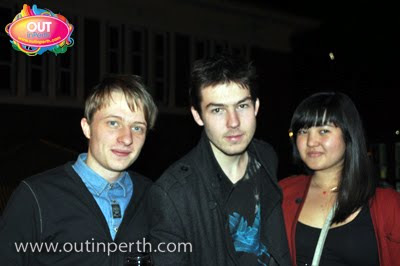 Labels: Elisa is assuming that her photo dump is going to drag her post out of being stupidly boring and pointless.